A few customer comments are shown on this page, but click the review site links below to see what dozens of other customer have to say. My goal is to provide you with great products, great prices and GREAT SERVICE … Michael

“After completing all the measurements, they gave us a quote that we thought was very reasonable.  They weren’t pushy at all and gave us time to think it over and in our case, to get another quote which turned out to be significantly higher.  We called Michael right away to tell him we’d like to proceed.  He scheduled us for another measurement and in about 6 weeks, we had all the shutters installed.  The installer did a fantastic job as he took his time to ensure all the nail holes were filled and painted.  Michael came along to oversee the installation.  Overall, we couldn’t be happier.  We highly recommend the clearview shutters as they don’t have the rods in the middle, resulting in a cleaner look.”
Elaine V. – Austin

“Customer service is superb. They kept us informed the entire process. I would highly recommend you use this company for your blinds/shutters!!”
Megan R. – Austin

“I was very pleased with Shutter Guy. They were very professional and personable, always kept us informed, and always on time with all appointments. I plan on using them again to complete the rest of our windows. they were by far the best price we found.
Nancy W. – Austin

“We needed a shutter replaced a couple of months ago, and the first company I contacted, a renowned Austin company, gave me a number, and I could not believe my eyes how expensive the replacement shutter would be. I then called another company I had heard of, and their quote was even higher, and I became very frustrated knowing that I would never be willing to spend that much money on a stupid shutter.
So I sat down and googled my way through shutter companies where I found Michael and Shutter Guy Austin, by accident. I sent him the same email that I had sent the two other companies, and within half an hour the phone rang, and it was Michael! He said he would like to drop by to take a look at my shutter but he already gave me a rough estimate of the cost of a new one according to the measurements I had written down.
Lo and behold, I did not trust my eyes/ears again: his quote was only a third of what the first company quoted, and  less than half of what the other one’s estimate was.
My first thought was “That’s too good to be true” and I almost did not make an appointment for him to see me and take a look at the shutter. But thank God I did, and when he showed up a couple of days later, it went very smoothly from there! Michael is a very pleasant man, he knows what he is talking about and he is great to work with. It did not take me long to sign the contract, and within four weeks, I had my new shutter. It’s beautiful, very well done, very well installed, and best of all, you can’t beat the price! It’s unbelievable! I did not know that quality service still exists at a very reasonable price.
One more thing: Michael and I had been in touch regularly throughout the production period. He kept me posted and answered all of my questions immediately, via email or text messages. I never had to wait more than 30 minutes for a reply.
I highly recommend his services, and I will not hesitate using him again.”
Ute R. – Austin

“ShutterGuyAustin measured, built, and installed brilliant white plantation shutters in virtually every window in my home, including the garage!
Michael White is amazing! This was one of the most pleasureable purchases in quite some time. I received a tip from a buddy that he had purchased and saved a boatload of money on real WOODEN plantation shutters. I saw his and had to compare with the company I was going to contract through. Michael came to my home, did an inventory, measured, and provided almost an instance quote. They have an amazing array of color choices and options. Having seen our friend’s result, we immediately ordered and received our shutters in about four weeks! Michael and his great installer arrived with the order, installed the shutters in less than a half day. The caulking around the shutters was the most laborious task as the perfectly fitted framed units slid in and were screwed in with ease. We cannot say enough about the detail and care exhibited! Anyone wanting to contact us is welcome for more detail. Michael is an engaging, personable guy. You will be glad you did business with them.”
Michael D. – Austin

“The first time I worked with Shutter Guy was for a commercial office building. The building was mostly windows on the front and side. This included high windows up to 20+ feet. Michael and his team were quick to set up a time to measure and get the job rolling. I had my quote within 24 hours which was great! My clients were pleasantly surprised by the price. The installation was on time as promised. The product was perfect and exactly what we envisioned. Worthy of note, There was one shade out of many that was not fitting the window correctly. Michael was immediately in touch with the manufacturer at the time of installation. A replacement shade was made the next day and then shipped overnight to replace the faulty shade. I am an Interior Designer and manage many moving parts on interior installations. Shutter Guy Austin was a great find for me! It is great to know that they will handle their part of the job professionally and make sure that it is perfect every time. I look forward to continuing to work with them!”
Karen B. – Austin

“Michael … I just wanted to tell you how much I appreciate my new blinds. You and your installer were absolutely delightful. Have a great day.”
Melonie E. – Austin 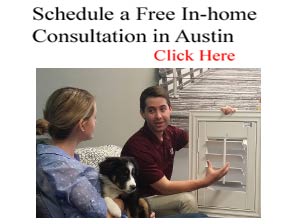 Review us or check us out on the following websites by clicking below. Thanks. 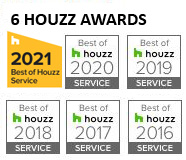 Proud recipient of the Three Best Rated Austin Window Treatment Companies for 2021, 2020 & 2019. Click the image to visit our ThreeBestRated page. 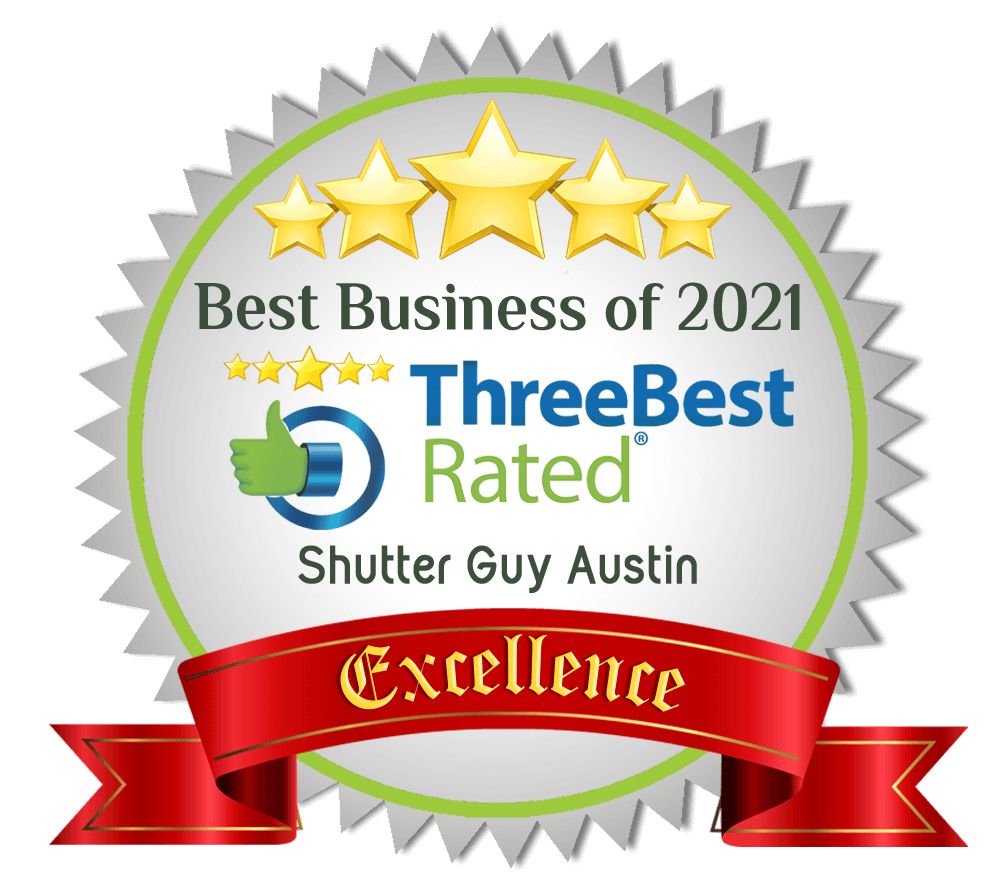